My big performance secret is pinball

I suspect that my love of pinball seems like a harmless anachronism to many people; throwback fun that fits comfortably with my other “eccentric” hobbies like film photography and collecting records. Don’t be fooled: life can be gamed, and pinball is a cheat code. 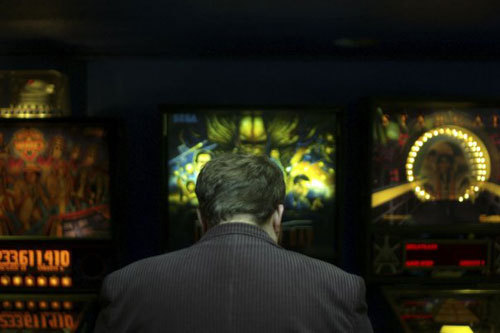 I do some of my best thinking (alone) in the shower, but practicality dictates that a shower should only last a short time. Similarly, I enjoy doing dishes; it’s a mindless activity that lets me use my hands, and I can take pride in a job well done. Everyone appreciates it and is generally happy to leave you alone with your thoughts.

Eventually you run out of warm water and all of the dishes are clean. What do you do when all of the gum has been chewed?

“I have come here to chew bubblegum and kick ass… and I’m all out of bubblegum.”

I do pinball like a drug. I use pinball as a power-up for my brain; it’s my nootropic of choice.

I don’t have an MRI to back up my beliefs, but I can say with confidence that the zen state I reach while playing pinball helps me unblock when faced with hard creative problems. While television is a forgivable, escapist distraction, it seems to shut off the desired percolation of ideas in the background. Pinball allows me to “sleep on it” without the sleep. Like noticing an irregularity in your peripheral vision, often a new solution just pops out.

It’s good for snapping out of a mid-afternoon fog, too. 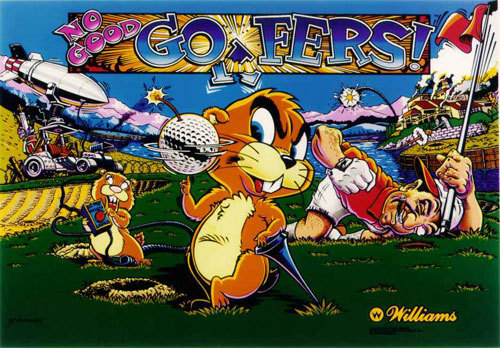 Pinball rewards intense focus. While pinball can be played socially or even co-operatively, it’s unlikely that you’ll get into the zone of alpha concentration if you’re distracted.

Top athletes like Tiger Woods embrace meditation and controlled breathing when making important shots. The goal of meditation is to clear your mind of thoughts; utter present-mindedness involves a kind of willful mindlessness that pinball can train you to attain.

“There is another dimension of present-mindedness and another sense in which some great golfers go beyond the merely "mental.” In fact, they even achieve a kind of triumph over thought. Though thinking is vital to hole-by-hole strategizing and the year-round honing of your swing, when the moment comes to actually execute your swing, conscious thought is the enemy of success. At the moment of impact, various golf philosophers have held, your mind should be empty—you should be focused on the task at hand in a kind of nonverbalizable way. Many golfers are good at this sort of unconscious concentration, but the utter consistency with which Tiger Woods seems to achieve it almost does qualify him as supernatural.“

Certainly one benefit playing most sports is the continued development of reflexes, hand/eye co-ordination and timing. In addition, some sports rely on the player’s ability to work out angle and trajectory. With billiards, for example, the successful player anticipates where the ball will go depending on how it is struck.

In pinball, you learn to accept that what is about to happen has already been decided and the only place for your full attention is where you’d like the ball to go next.

A new player must overcome the urge to engage the flippers prematurely. Seasoned players feel the cadence of conversation between ball and flipper as a jazz drummer feels the unspoken language between players, allowing them to play behind the beat.

Pinball has an aptitude curve that can be off-putting to the casual player. It does not seem to conform to The Dip, where a skill is easy at first, then really hard before you break through. Pinball is just hard, with a step-curve trajectory that doesn’t start at zero or level off.

As with Tetris, the best pinball players still lose 100% of the time. Therefore, the psychological profile of a pinball player is someone who intends to die in a spectacular fashion. Pinball is a punishing up-hill mental endurance test that suggests an answer to the classic existential question: is there a greater purpose behind one’s choices or is the only significant moment happening right now?

This is Part 1 in a series about pinball, the most important sport.

Introverts: you probably aren’t crazy (but you might be highly sensitive)

Susan Cain’s “Quiet” educated people about the introvert’s social interaction patterns, specifically our need to balance social time with time alone to recharge. While accurate, this is a narrow perspective that ignores the role of what... Continue →