I know the solution, but it’s illegal

If you have two car dealerships, and one of them offers financing… which one do you think will sell more cars? 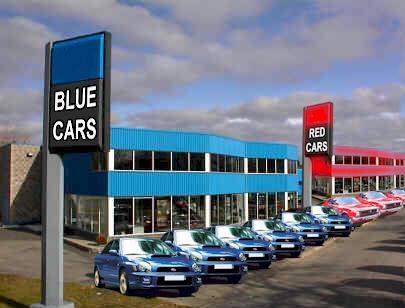 Many start-ups are match-makers that become irrelevant as soon as the buyer and seller party are acquainted. There is value created in these “marketplaces” but founders are stumped when it comes to capturing any of that value for themselves.

My proposal: make it possible to finance the purchase of goods via instant approval financing, presented as a first-class option alongside Visa and PayPal.

Let’s say a founder is passionate about something enough that they create a directory of every place to obtain it, complete with recommendations and reviews. Blood, sweat and tears are emitted and a community emerges. They make no attempt to cheapen the experience through advertising, bait-and-switch membership requirements or elaborate tracking schemes.

The founder can approach every vendor listed in their directory with an opportunity to expand their customer base to include people who don’t have cash in hand. They would be paid instantly and never have the hassle of dealing with financial institutions themselves. In exchange, they would agree to give up some percentage of their gross profit on the transaction.

Of course the vendors don’t have to agree to participate, at the expense of implicit second-class treatment in the directory. There are many people who simply can not complete a transaction unless the option of credit is on the table.

This kind of system already exists: Pay4Later is a successful company providing this service to UK retailers today. The company was covered on TechCrunch back in 2010, and my [admittedly cursory] investigation into their developer documentation suggests that they are the real deal.

Perhaps the most compelling evidence is that they have competition: Hitachi offers PaybyFinance and there are others.

Sadly, there’s no comparable service that I can find for US or Canadian companies. It’s a tightly regulated industry and a legitimate company would have to spend millions of dollars in legal fees to get the regulators to consider a new way of doing things. Regulators don’t see the glow of opportunity through the fog of unknowable risk.

Toronto’s FinanceIt would seem to be poised to offer instant approval financing online, but they have no intention of doing so thanks to the rigid inflexibility of the powers that be.

Technically companies like Wonga (260% APR) and MoneyMart (up to 599.64% APR) could get into this space, but nobody should want that. You can’t care about your users and send them into the jaws of sociopathic usurers in the same breath.

It’s not like the technology for a new player to offer reasonable loans online is beyond us. According to AngelList, there are 21 “fraud detection” startups. Companies like SiftScience, 41st Parameter and Signifyd all market powerful tools designed to eliminate risk from transactions.

This could be a market opportunity worth billions. It’s just that it’s illegal.

If there’s been a way to build it, there’ll be a way to destroy it
Things are not all that out of control

How do large middle-men stay relevant in the Google era? Usually through banding together and hiring lawyers and lobbyists to intimidate and pay off politicians that will uphold protectionist laws. You can see the fear Uber puts into the taxi industry, and the laughable, red-faced rage of car dealerships throwing temper-tantrums when Tesla only sells their cars online.

The trade organizations that exist to keep anti-competitive laws in place aren’t suggesting that their member companies are doing anything precious or special. They can only rely on making sure that people are afraid of change.

Somehow, it’s sanctioned behaviour for certain kinds of companies to demand legal protection from competition. This is nepotistic counter-innovation in it’s most ugly state.

Lacking the monopoly scale of eBay or Craigslist, any attempt to introduce additional process overhead to an existing, well-understood flow — whether it be brokered communication, transaction fees or even just a simple account creation — is often a disaster.

The web has done an excellent job of purging the world’s bottom-feeding middle-men. The travel, real-estate, and used vehicle industries will never be the same, thank goodness.

This market efficiency has come at a terrible cost to those who would seek to make a profit in benevolent arbitrage. Those brave souls who want help someone find what they are looking for are stuck between a rock and a hard place. Advertising makes your site look cheap and generates pennies a month unless you’re operating at a large scale. Few visitors will complete even a free account creation process and fewer still would dutifully report successful financial transactions made. Once the potential customer leaves to go to a 3rd party site, you’re unlikely to hear from either the buyer or seller ever again. There’s no mechanism for oversight.

Instant-approval financing would be one possible way for a marketplace to add value. Too bad: it’s not legal.

Without substantial progress towards dismantling the status quo, most value-added listings directory founders would be best advised to keep their day jobs.

Thanks to Dan Grigsby, Diederik van Liere and Steve Tannahill for reading drafts of this article.

When “Invitation to Svbtle” showed up in my Inbox, I did a little happy dance in my living room. My quiet return to blogging after many years happened last Fall, on Tumblr. I purchased a theme that I really liked, and got comfortable... Continue →