I’m currently sitting on a train in Ottawa on my way home to Toronto.

Literally sitting; the train hasn’t moved in four hours. There’s a blockade of the tracks which is part of a much larger solidarity protest across Canada. Native Canadians are demanding action in the form of access to the basic needs of life such as shelter, food, education and health care in Attawapiskat, an extremely remote First Nation in Northern Ontario.

There’s no question that #idlenomore is a reaction to complex, nuanced issues. The problems are compounded not just by racist ignorance but a general lack of awareness amongst non-Native Canadians. Until these past few weeks and the #idlenomore movement’s mobilization, Native issues were simply not on the minds of most Canadians. It’s no Arab Spring (yet?) but it’s a level of activism that we don’t see often in Canada.

And our Federal leaders? They are being real dicks about it. Our Prime Minister is refusing to meet with Chief Theresa Spence, who is 19 days into a hunger strike.

As for me, I am still holding out hope that my train rolls tonight. In my gut, I think it will. Right now I couldn’t be more comfortable, since I somehow managed to social engineer the VIA Rail folks into letting me into 1st class. There’s one table on this train, and I told them that I didn’t mind the wait but I’d really appreciate using the table to get some work done on my laptop. I’ve been fed and there’s as much wine as I can stomach.

There’s wifi on my train, in addition to things like heat, running water, power outlets and fucking servants. The people blocking my train are standing in sub-zero temperatures in solidarity with their brothers and sisters in Attawapiskat.

Not only am I completely fine waiting as long as it takes, I am ashamed to be crossing what is essentially a picket line. What’s going on dishonours my country, and until these people get the support we promised them I consider myself personally on the hook for this “misunderstanding”. It’s not guilt that I feel — I didn’t choose this outcome. What I feel is disgust at how this could have happened just hours from where I live, while I enjoy the full privilege of my Colonial lineage.

Democracy is hard, and I hope it’s there for us all when we’re the ones standing in the cold. 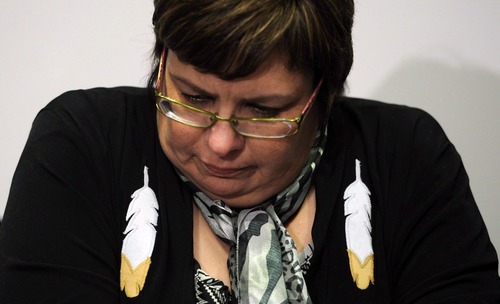 If you want to get everything done, leave an introvert alone.

I find it increasingly tiresome to apologize for my need to be alone to recharge, for reasons that echo why many women are tired of educating men about equality. Still, there has been progress and I feel hope every time the world seems... Continue →