Last week, BitMaker Labs was helping 25 aspiring programmers learn how to build sophisticated web applications in Rails. This week, their efforts are being criminalized. 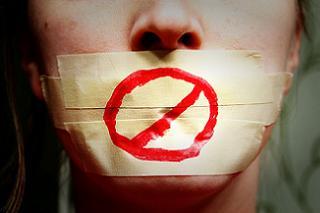 First: I’m an organizer in the Toronto Ruby community. I am not legally affiliated with Bitmaker Labs, but I’ve met with them to discuss their program and I have several friends that were enrolled in the 2nd cohort.

I’m not qualified to say what the Ministry of Training, Colleges and Universities (MTCU) would consider a desirable outcome, or what about Bitmaker specifically provoked their wrath. I do know that we have a desperate shortage of Rails developers in Toronto, that my friends — enthusiastic future tech leaders, having a blast in the program — are demoralized, displaced and unemployed.

I worry for programs run by HackerYou and Ladies Learning Code; there are many similar programs running right now in Ontario. Should they expect similar visits in the future?

It bothers me that a government agency would knowingly do lasting damage to a growing startup that is emulating a model that’s been very successful elsewhere. This action will have a chilling effect on alternative models for tech education in Ontario, which flies in the face of our government’s investments in technology and startups.

This is bullshit and I am very angry about it.

The MTCU’s order effects our community and the threat of legal action makes it nearly impossible for the folks behind Bitmaker to properly defend themselves, for fear of jail time or jeopardizing their attempt to register as a legitimate college.

Several years ago I went through the laborious task of switching email addresses. This time I really wanted it to stick, because in addition to notifying everyone that I interact with about the change, it takes literally days to manually... Continue →