Most of my friends and clients are growing their companies while I am determined to reduce my own. This is the true story of my experience with building a successful shrinking empire. 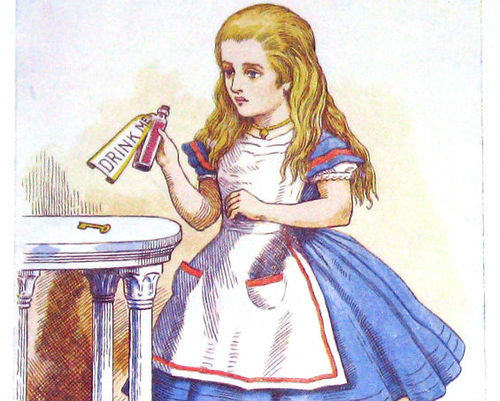 There is no empirical evidence to prove that a large company is inherently more successful than a small company. Even though 37signals is no longer small by their own standards, Jason and David have long championed the upside of slow, considered growth.

CyberPlex was one of the three cool web consultancies in Toronto during the DotCom era. Big enough to be taken seriously — still an order of magnitude smaller than the big players — CyberPlex in the early days felt organic and home-grown. They were the hip, “agile” choice.

When I first moved to Toronto, I was employee number 42 at CyberPlex. It was 1999 and they swelled to almost 200 people within months through a combination of aggressive hiring and acquisitions.

I was immensely excited to be hired there, which made the fraternal environment I discovered a crushing disappointment. The constant feeling of growth was fun to be a part of, but I had no connection with most of the people I worked with.

After six months of office politics and falling asleep under my desk, I was fired for having a bad attitude. Humiliated, it was hard to see that my ejection from such a toxic environment was the best thing that could have happened to me.

I told people that I would start a new team of my own. A handful of elite talent working closely on interesting projects could run circles around a company like CyberPlex. We would inoculate what became Unspace against bullshit by staying small forever, like a Ruby on Rails A-Team.

Even idealistic companies grow. It’s the entrepreneurial ego at work.

Hampton Catlin came to the first Rails Pub Nite in March of 2005, and he was such a mess. A confused student, transplanted from Florida by way of Manhattan — he was cocky and broke. He also was so obviously brilliant that we realized it would be crazy not to hire him.

Hiring Hampton was nerve wracking, mostly because we had no intention of growing beyond the founding partners. Unspace was a convenient umbrella; an excuse for three friends with complimentary skill sets to share a small office. To begin hiring was to vastly expand the potential ways that we could fail, and we knew that it was a one-way trip: once you start adding team members, there’s always a clear route to adding more.

We couldn’t get the image of a hungry baby bird constantly crying for worms out of our minds.

Win a client, grow the team. Entrepreneurs are constantly told that managing growth is what successful companies do. We congratulate ourselves on our restraint when we hold out as long as possible before organic growth becomes necessary.

Hampton met Nathan and together they created Haml, Sass and planted the cognitive seed for CoffeeScript. Later he was instrumental in helping build Wikipedia’s mobile engine. It’s clear that hiring Hampton was a singular opportunity.

A players hire A players and B players hire C players. Hampton’s involvement led to us recruiting Jeffrey Hardy (now at 37signals) and Shawn Allison. What a powerhouse team that was! We made a few questionable personality fits along the way, but we never compromised on the quality of our people. The is the thing I am perhaps most proud of from my time at Unspace, which has never been larger than 13-14 people.

I’m looking out of the window of my new office now. I am seeing the snow-covered trees of the Rocky Mountains fly past. Soon the conductor will signal that we should make our way towards the dining car for lunch. 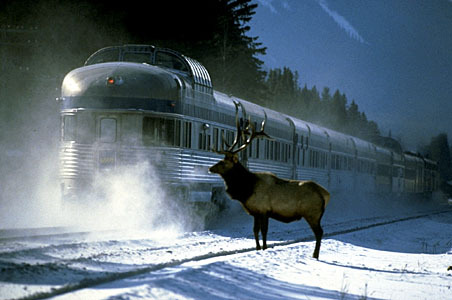 These days I’m flying solo, and it feels great.

I made three significant decisions in 2012:

It’s doubtful that I could have short-tracked this 15-year process of self-discovery. I’m glad that I’ve had the opportunity to experience working at every scale. Perspective is valuable because it allows us to appreciate where we’ve been and gives us the courage to make intimidating decisions about the future. What I am doing now would have seemed scary even two years ago, but it would have been impossible when I started.

Thankfully, I’ve managed to make more friends than enemies. I will always live in tech but my interests in music, photography, travel and even pinball have opened many doors. All of my work comes by referral now, and I have an agent: Ted Pearlman — a fellow who seems to vibrate on a higher plane when he makes a connection between interesting people.

The theme here, in case you missed it, is that the more I shrink from society’s path to growth, the happier I’ve become. And each time I optimize for happiness instead of money, I have accidentally increased my financial returns as well. I’m happy to have some money because it allows me to work from sleeper trains, but it’s not at the top of my mind. I suspect that I’ll be comfortable when I’m old, but right now I’ve never felt younger.

Some of this might sound awkwardly familiar to you. Perhaps it’s time for you to shrink, too.

How to tell your friend that their startup idea sucks

Someone on Hacker News asked “How do I tell my friend his startup idea sucks” and as it happens, this is something I have a lot of experience with. Your friend is lucky to have a friend that is willing to tell them the truth; most people... Continue →