I grew up watching your show. I recently re-watched the last scene of the last episode. Honestly, it had a really profound impact on me.

First, I’d completely blocked out how the show ended from my memory, because I think it upset me at the time. As an adult I am blown away at how you managed to create such a painfully authentic and decidedly un-Hollywood ending. I know that you had to fight every day to do “Roseanne” on your own terms, and that you likely got a lot of pushback. And Jackie was gay! Of course she was.

Second, I was struck by an obvious-in-hindsite realization about how significant a role you played in me establishing progressive values. My family wasn’t so different from your “family”, and you really were the ultimate strong female role-model. There’s no question that I’m a better person for your influence on my development.

Thanks for being so damn awesome, alright? 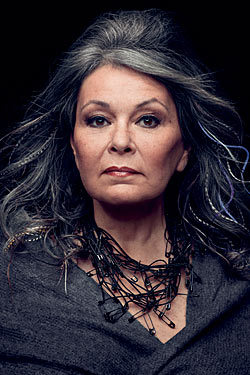 [Yes, I sent this. I hope @TheRealRoseanne gets it!]

Never estimate the size of someone else’s job

I got your note. I’d be happy to try and refer you to someone that can do your small project. Here are some questions that maybe you could answer first? What is the budget? What is the criteria for a successful project execution? Is this... Continue →