Forget “eyeballs”. With so many eager Pebble clones on the horizon, could wrist real-estate bottleneck the Internet of Things? 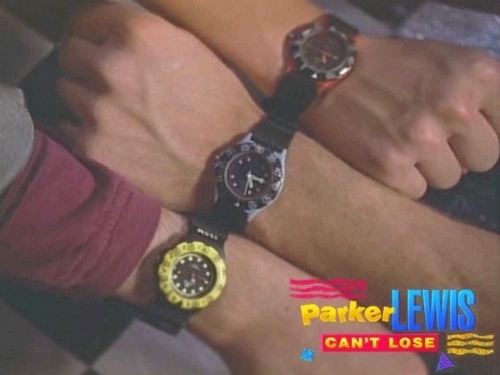 At 35 years old, I just barely sneak in at the tail end of Generation X — and most of my friends that are similar in age don’t wear watches.

“Kids” younger than me? They really don’t wear watches. Like… at all.

I didn’t wear a watch for many years, but I grew to really love the design aesthetics of the Nixon Rotolog: 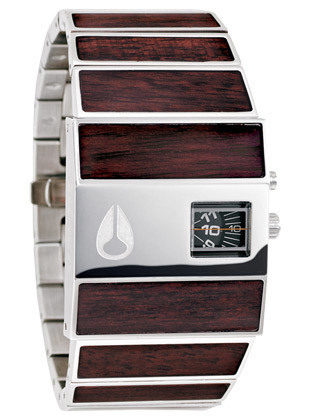 Later, I fell hard for the LIP Diode: 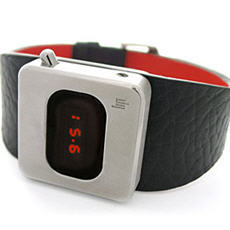 Both of these beautiful watches now collect dust because I’m completely dependent upon my Pebble. It’s dorky looking, but it has dramatically improved the quality of my life in a very simple way: my phone no longer rings or vibrates, ever.

There are two dramatic ramifications of this, both of which massively over-shadow any particular “feature”.

First, when I’m meeting with someone and my job is to give them my full attention, it’s incredibly rude and distracting to pull my phone out of my pocket. And yet the feeling of vibration cannot be ignored. What if it’s an emergency? The Pebble has given me the ability to make sure the house isn’t on fire while giving me so many opportunities to stretch my arms without breaking the flow of conversation.

Second, I’ve never had a phone that vibrated strongly enough to be felt when I was walking or biking. It seems like there’s a cruelty in the universe, such that all received messages are trivial and all missed messages are vital.

It’s fair to say that I’m a Pebble fan, but it’s not clear why I’d ever need to upgrade before this one wears out. I’m a geek, so the idea of watch face apps and the Internet of Things is seriously cool to me. And yet, the most important benefit the Pebble gives me is that I know what’s happening without having to touch it.

I honestly don’t know how many non-geeks are going to rush out to buy 80’s-looking, chunky smart watches, given that they don’t wear watches now and if they do, it’s for aesthetics. I’m sure I’m not the only person with the “don’t distract me, but don’t let me miss anything either” problem, but do most people have this? Based on what proof?

There are literally dozens of smart watches coming to compete with Pebble, ranging from no-name Russian Kickstarter projects to potentially Apple.

I think we’re going to look back on this era and wonder what the hell they were thinking.

Most of my friends and clients are growing their companies while I am determined to reduce my own. This is the true story of my experience with building a successful shrinking empire. There is no empirical evidence to prove that a large... Continue →